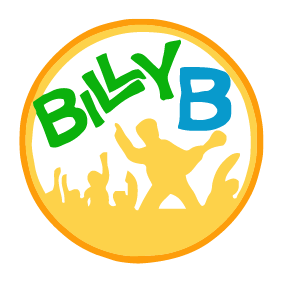 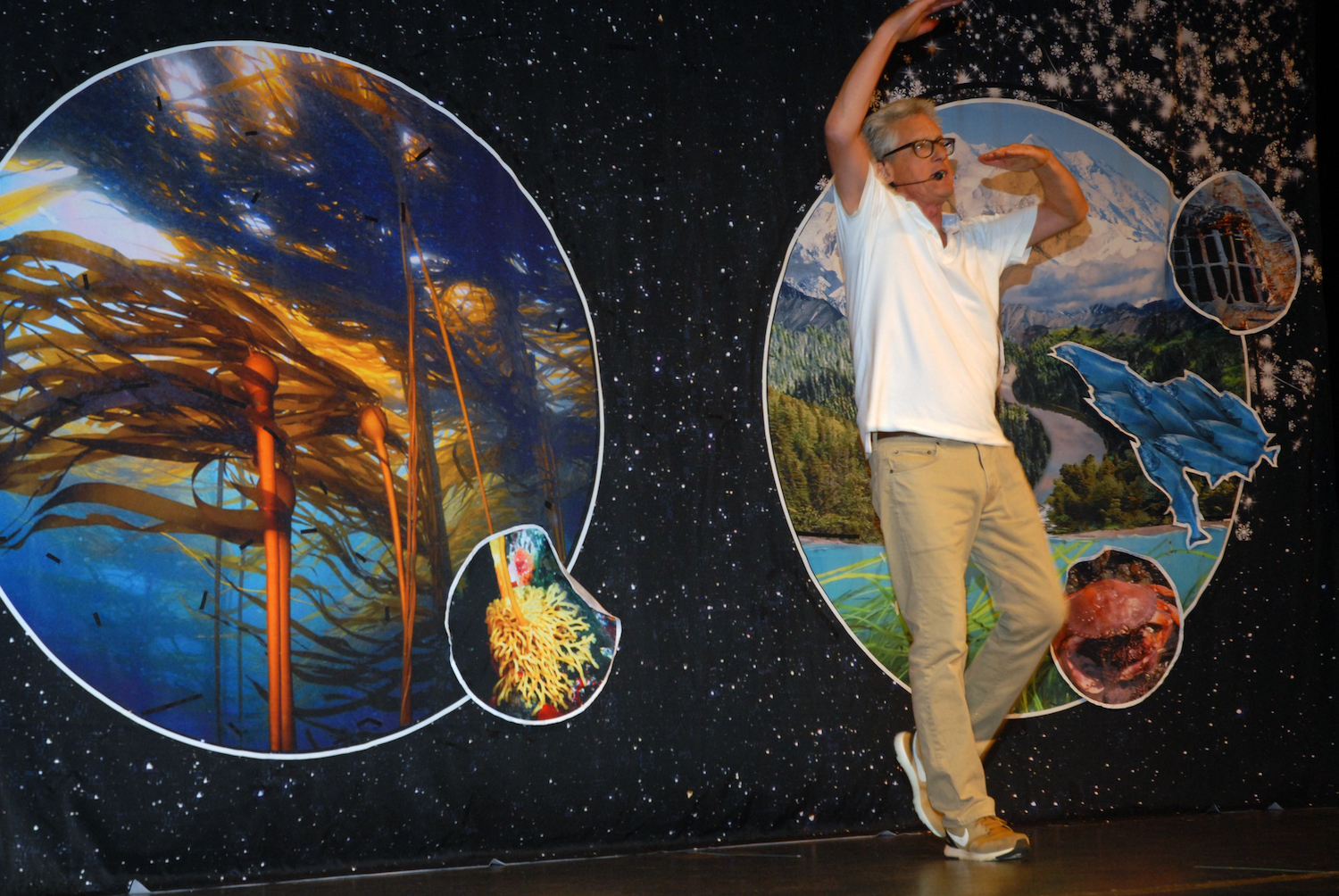 Billy is a dynamic songwriter and performer who has been commissioned to create stage shows, produce albums of original music, and star in video projects for prominent environmental organizations such as the National Geographic Society, The World Wildlife Fund, Project Learning Tree, The Cleveland Museum of Natural History, Baltimore Woods Nature Center and the France and Merrick Foundations. He has performed on big stages such as The Wolf Trap Filene Center, The Kennedy Center Eisenhower Hall, Center Stage Central Park NYC, and performed in other notable venues such as the White House, 92nd Street Y, Smithsonian, MSC OPAS at Texas A&M, Oakland Museum of California, the Sanger Theater of Mobile and many others.

His performances have taken him to 48 states and three Provinces in Canada where he has keynoted hundreds of conferences, festivals and thousands of schools. Billy B.’s lively song, dance and stories have both educated and entertained educators, children, and even two American Presidents. He has released 9 albums of original music, most of which involve original songs about the ecosystems and critters on our beautiful planet.

His two newest shows are “Weather, Climate, Let’s Define It”, and “The Salish Sea With Billy B”. During the recent ‘Covid Times’ he performed 72 virtual shows using the “Green Screen” platform, which allowed him to stand in front of, and interact with, the ecosystems and critters that were the subject of his songs.

He now lives in “The Great Northwest”, Port Townsend Washington, where he scuba dives and continues to create and perform, in person and virtually.

Commissioned a recording of songs for ” Biodiversity and Billy B ,“ and to act in videos, all of which ended up being part of their “Biodiversity 911″ project, a traveling exhibition by WWF. A live show was also commissioned ”Bio, Bio, Biodiversity,“ which Billy has now performed hundreds of times all over the country.

Performed at The National Zoo, The American Art Museum, The Natural History Museum, The Folklife Festival, and The Discovery Theater.

Performed for PLT at many national conferences and regional workshops. Three award winning recordings and a video compilation have also been released.

To book Billy B simply fill out our booking form to get directly in touch with a booking agent!
© 2016 Billy B Productions | Design and Development byBootstrap